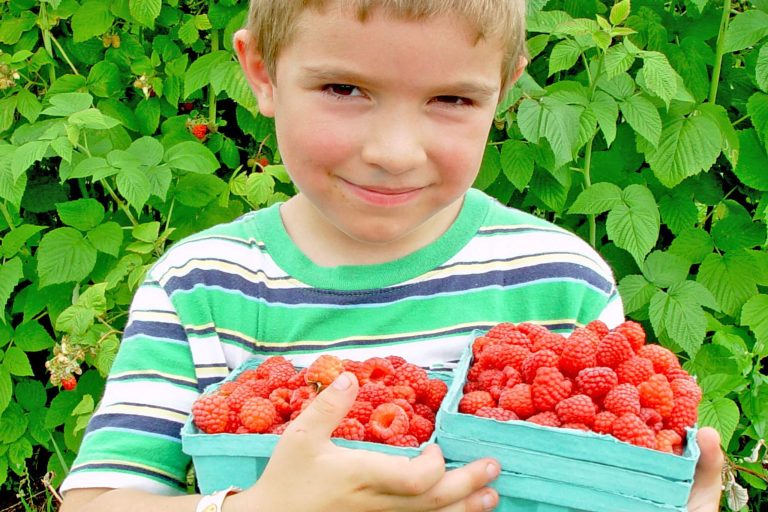 Pick Your Own Raspberries Season Opens at Lyman Orchards

Pick Your Own Raspberry Farm in CT

It's open season for raspberry picking at Lyman Orchards, voted CT's Best Pick Your Own Farm by Connecticut Magazine Reader's Poll! Nestled on 200 acres of orchards and fields overlooking the scenic Connecticut River Valley, Lyman's raspberry fields output an average of 10,000 pounds (5 tons!) of raspberries each year!  Now that's a lot of juicy raspberries ripe for the taking!

If you're looking for a fun way to spend a day with family or friends, a visit to the PYO raspberry field is the perfect destination for a wholesome, fun getaway! And because Lyman Orchards grows so many varieties of fruits, it's worth the trip!  Raspberry season traditionally overlaps the end of Strawberry season, and the beginning of Blueberry and Peach Seasons, and runs from late June until late July.

Unlike most Connecticut orchards who grow fall raspberries, Lyman Orchards is one of the few PYO farms that offers summer raspberries at a significant level.  This year, the fields will be  growing 6 varieties of raspberries for your eating enjoyment! "Growing multiple varieties allows us to spread out the harvest window, ensuring an excellent supply of berries from late June through the end of July," says John Lyman III, Lyman Orchards Executive Vice President.

Working the Lyman Orchards land since 1741, the Lyman family has offered Pick-your-own (“PYO”) fruit since the 1960’s, inviting everyone to become “farmer for a day” and reap the rewards of the many harvest seasons, including strawberries, honeyberries, raspberries, blueberries, jostaberries, peaches, nectarines, apples, pears, Asian pears, and pumpkins.

Before you head into the fields, here's a few facts to take in:

Raspberries are the perfect addition to smoothies, lemonade, salads, yogurt, cereal, ice cream, and salsas.  They're also outstanding for jellies, jams and pies!

So what are you waiting for - hightail it over to Lyman Orchards before the raspberries are gone!

Why not make a day of it?  Head over to the Apple Barrel Farm Market for a signature sundae from the Lyman Orchards Creamery window.  Also check out our Events page to see what else is happening at Lyman Orchards.  And since your freshly picked raspberries will only last a few days, we invite you to come back for more while they’re still available!

Unite your remote employees with an outdoor team-building activity at the Lyman Orchards Sunflower Maze or Corn Maze. Remote work arrangements are prevalent, progressive, and popular with employers and employees alike, but maintaining the morale and cohesiveness of a remote workforce can be challenging. The absence of in-person collaboration and communication can create a disconnect […]

There's a lesser-known reason why Lyman Orchards nearly had a giant peach instead of an apple as our logo. When it comes to growing peaches,  Lyman Orchards has a deep-rooted history dating back 130 years! In fact, that's how Connecticut's top-rated pick your own farm got it's start in the commercial fruit crop growing business. Lyman […]