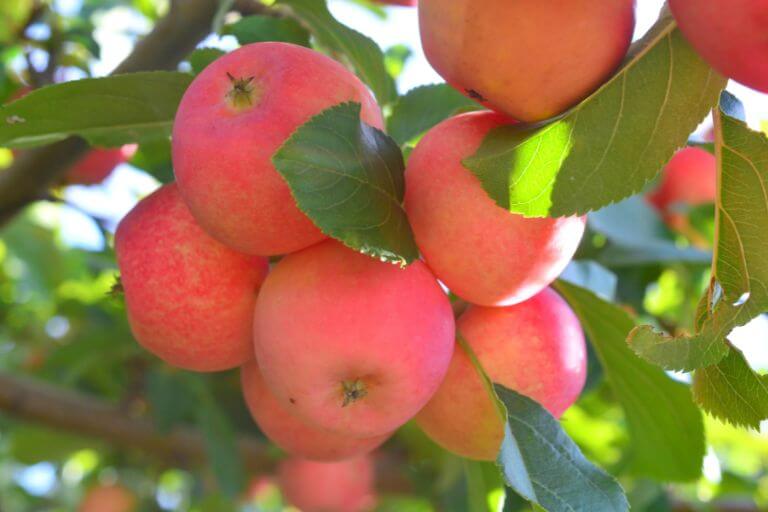 With the first days of September upon us, the first fruits of Apple Season are now appearing at Lyman Orchards!

New England apple picking evokes everything we love about fall.  Apple picking season usually starts at the end of summer and runs through mid November. New Englanders are lucky to enjoy early-season apple varieties. Below are some of the best and brightest stars now appearing in the orchards for a limited time only! 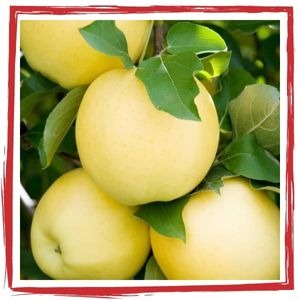 If you're yearning for a fresh-picked apple in late summer, the early ripening Ginger Gold plays the part as a great snacking apple. Ginger Gold's are sweet with mildly tart overtones.  As there name insinuates, the Ginger Gold skin ripens from green to pale yellow.

Use Ginger Golds to add a bit of crunch to sandwiches, burgers, and grilled cheeses, or use for baking pies, turnovers, muffins, and cobblers. They can also be pureed into apple sauce or simmered into jams and preserves.  Ginger Gold apples will keep for several weeks in the crisper drawer of your refrigerator. 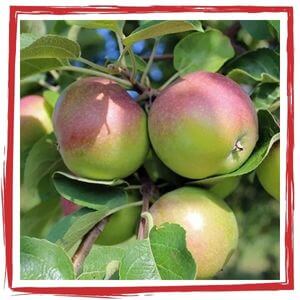 Early Mac apples are a juicy, sweet, moderately crisp early season apple, ideal for cooking as well as snacking. Early Mac is a cross of McIntosh and Yellow Transparent apples, developed out of the New York State Agricultural Experiment Station and first available in 1923.

Just like McIntosh apples, the skin is mostly red with green or yellow patches, and the skin is dotted with lenticels which allow the apple to "breathe", much like the pores on your skin. Early Macs are best eaten soon after picking.

We can't figure out why this apple is sometimes referred to as "Red free"? It is definitely not free of the color red. Ruby Red, or Red-Free apples are medium size with a shiny, bright red color over a majority of the fruit. Crisp and juicy, the taste is the perfect balance of sweet and tart. Red-Free is a great multi-purpose apple that works well in baking, salads, and for fresh eating. 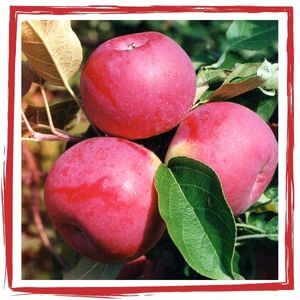 If you like a tart apple, take a big healthy bite of a Paula Red apple. It's one of the earliest varieties harvested, and the first taste of fall for many apple lovers. Paula Red apples are red with yellow spots and have a somewhat dusty appearance. Paula Red apples are ideal for fresh eating and cooking, although they become extremely soft during cooking, which makes them suitable for some recipes (apple sauce), but not others (pies).

Empress is somewhat of an uncommon apple due to it's peculiar shape. It is more of a plum-shaped apple and tapers towards the top, almost like an upside-down apple!  A medium-sized, semi-firm, purply-blush apple, Empress is especially good for fresh eating.  The Empress apple is actually a cross between the Jonamac apple and Vista Bella apple and was first released in 1966. 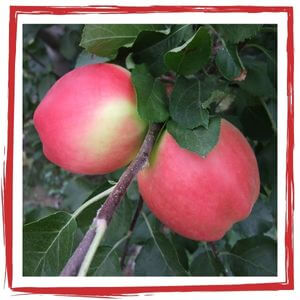 Sunrise apples are one of the first varieties to be harvested each year. That’s why many people refer to them as “summer apples.” Sunrise apples are firm and crisp with a sweet yet tart flavor.  They're great for snacking, salads, pies, sauces, and even fresh apple juice!

Lyman's apple season extends from mid-August to mid-November for a full 12-week season, but always call the Lyman Orchards Pick Your Own Hotline at 860-349-6015 before heading out.  While there's plenty of room amongst our rows and rows of apple trees, crowds are generally lightest Monday-Friday.  You can find our 2022 Pick Your Own procedures here.

While you're here at Lyman Orchards, get lost in the 2022 Lyman Orchards Ben Franklin Corn Maze, open September 3 - November 6th!

Don't forget about Lyman Orchards 1741 Hard Apple Cider! Available at 1741 Pub and Grill located at Lyman Orchards Golf Club, as well as an ever-growing list of local package stores and restaurants.  We'll also be serving up 1741 Hard Apple Cider this fall at our Suds & Stalks Corn Maze Beer Tastings.  And if you're more of a non-alcoholic cider fan, we've got you covered at The Apple Barrel Farm Market!

We look forward to being part of your PYO apple adventure, and we thank you for your patronage!  Lyman Orchards is a pick your own “agritainment farm” in CT with hundreds of acres dedicated to picking your own farming, golfing, dining, entertainment, and retail.  So after you’ve picked apples, we invite you to dine at the 1741 Pub & Grill or grab a sandwich or an ice cream at the Apple Barrel Farm Market.  Also, remember Lyman Orchards Golf for your golf day and lessons.  There’s something fun for everyone happening at Lyman Orchards - be sure to check out our Events regularly so you don’t miss out!

*February 20th - 24th will be closed for yearly maintenance*