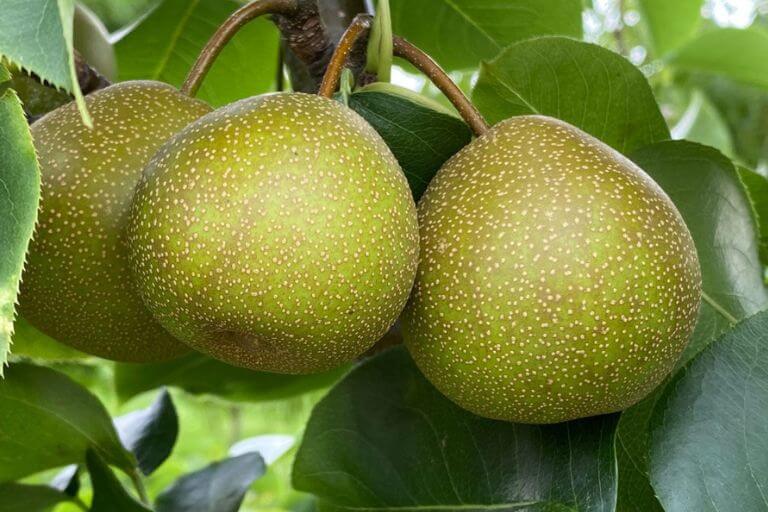 What in the World is an Asian Pear?

If you're wondering what makes a pear an Asian Pear, you've come to the right place! Lyman Orchards pares it all down to explain these noble and exotic pear varieties.

When is a pear an Asian Pear? Let's set this straight.  All pears have a common ancestry lineage-they all originated in western China.  But the Pear family tree split when some pears were carried westward and their shape and taste were modified into familiar varieties such as the ever-so-popular Bartlett pear.  Yet, other pears migrated eastward to Korea and Japan and were apple-shaped and crispier in texture.

For centuries, Asian pears were reserved only for the rich and noble, and became a symbol of prosperity and good fortune in China. Fast forward a few hundred years, and now Asian pears are the most popular fruit in all of Asia!

These exotic fruits first made their way to American soil around 1850, brought to California by Chinese laborers. Today, there are thousands of Asian pear varieties.  In the United States, Asian pears are also known as apple pears, nashi pears, sand pears, Chinese pears, Japanese pears, and Korean pears. 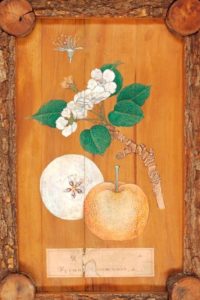 “There are only ten minutes in the life of a pear when it is perfect to eat.” – Ralph Waldo Emerson.  Herein lies the main difference between western pears and Asian pears. Asian pears are ripe when they are still firm, just like apples - they ripen best on the tree.

Asian pear skin ranges from greenish-yellow to pale bronze, with a rough texture and matte speckled finish.  Asian pear flesh is white, juicy, and crunchy - much like an apple.  They also keep for longer periods of time - up to a month or more when refrigerated!

Their distinctive crispiness makes them an ideal salad ingredient.  They also hold up well when cooked since they don't break down like common pears but maintain their texture and integrity.

Here are some Asian Pear varieties you can find right here in Connecticut at Lyman Orchards: 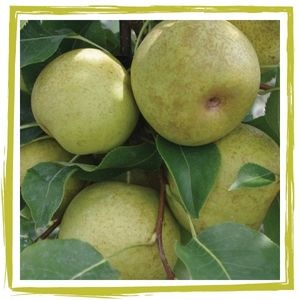 The 20th Century Asian Pear is a hybrid variety cultivated in Japan during the early 1900s and happens to be one of the most popular types of Asian pears in Japan. The 20th Century Asian pear smells like a pear, but, like an apple, the fruit is crisp, firm and round. The flavor is like a pear on steroids, pumped up and sweeter. Twentieth Century pears are on the larger side, with smooth, green skin. The flesh of the fruit is crisp, white, and very juicy. 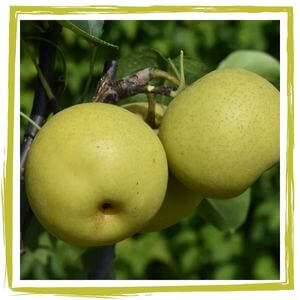 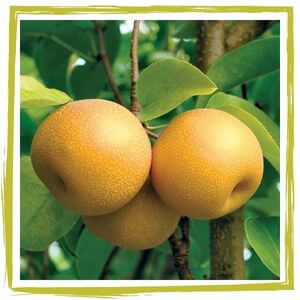 The Hosui Asian Pear is widely considered the "best tasting Asian pear" by growers and consumers.  Hosui pears are large and round, with a golden-brown color. It has a mild sweet flavor with a touch of acidity. The name Hosui roughly translates to mean "much water," and describes the fruit's juicy flesh. This pear variety is classified as a dessert pear and may be used fresh or in cooked recipes. 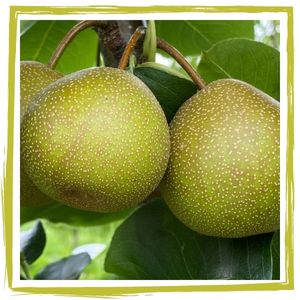 The Niitaka Asian Pear is a large, round pear with yellow-green fruit skin and white flesh. It is one of the sweeter varieties of Asian pears, with a crisp texture. Niitaka is known as one of the most versatile of any Asian pear variety.  Niitaka are great for fresh eating and canning.

Lyman's Asian Pear Season extends from mid-August to late September for a 6-week season, but always call the Lyman Orchards Pick Your Own Hotline at 860-349-6015 before heading out.  While there's plenty of room amongst our rows and rows of Asian pear trees, crowds are generally lightest Monday-Friday.  You can find our 2022 Pick Your Own procedures here.

For information on our traditional pear varieties, visit our Pick Your Own Pear page.

While you're here at Lyman Orchards, get lost in the 2022 Lyman Orchards Ben Franklin Corn Maze, open September 3 - November 6th!

Don't forget about Lyman Orchards 1741 Hard Apple Cider! Available at 1741 Pub and Grill located at Lyman Orchards Golf Club, as well as an ever-growing list of local package stores and restaurants.  And if you're more of a non-alcoholic cider fan, we've got you covered at The Apple Barrel Farm Market!

We look forward to being part of your PYO Asian Pear adventure, and we thank you for your patronage!  Lyman Orchards is a pick your own “agritainment farm” in CT with hundreds of acres dedicated to picking your own farming, golfing, dining, entertainment, and retail.  So after you’ve picked apples, we invite you to dine at the 1741 Pub & Grill or grab a sandwich or an ice cream at the Apple Barrel Farm Market.  Also, remember Lyman Orchards Golf for your golf day and lessons.  There’s something fun for everyone happening at Lyman Orchards - be sure to check out our Events regularly so you don’t miss out!